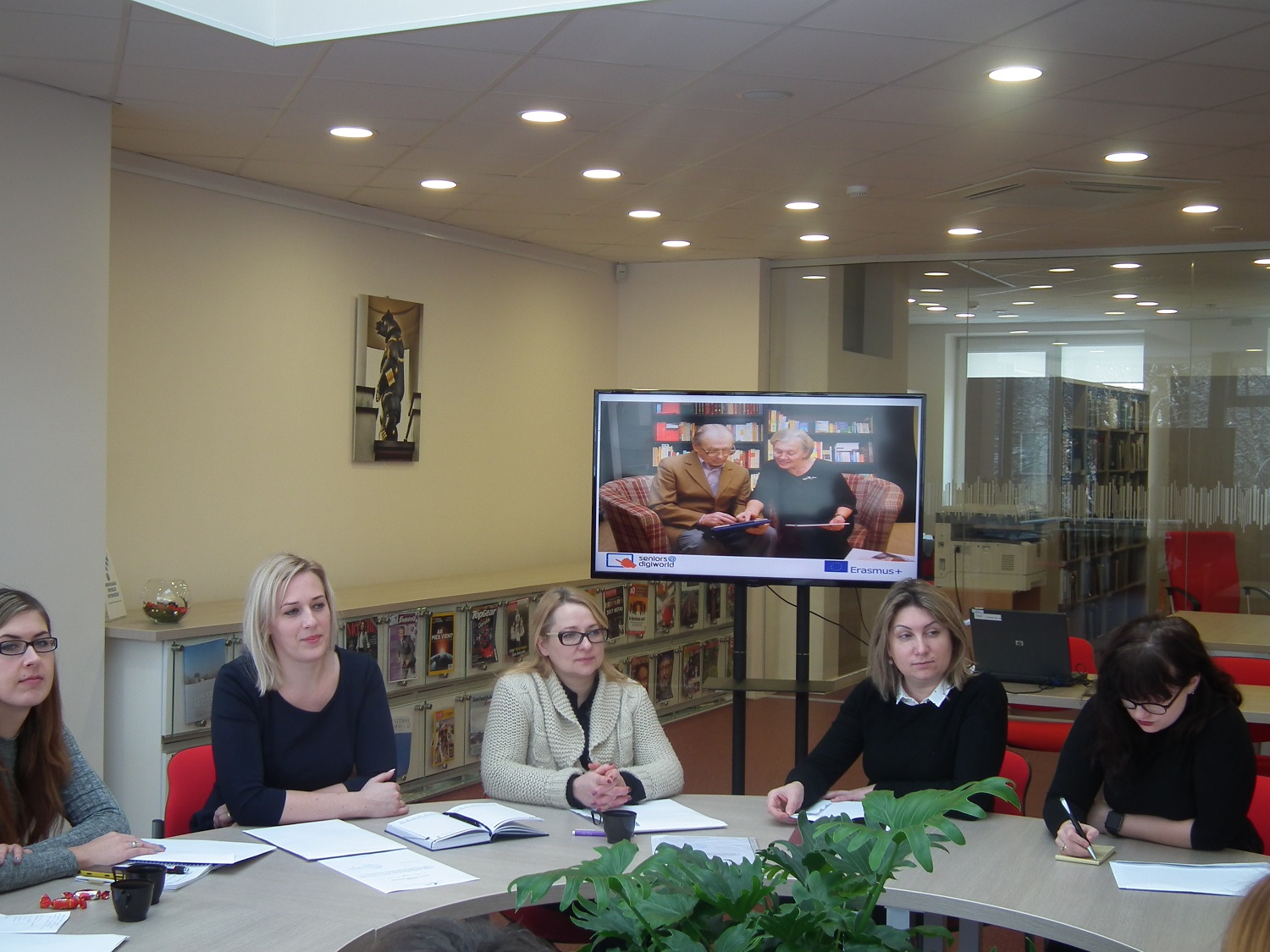 Today Lithuania can be proud of having one of the fastest internet connection and infrastructure in the world, active and responsible users. However, technological progress has not reached everyone. According the Lithuanian Department of Statistics there were only 26% of Lithuanians of 64 to 75 years who used computer and the Internet.

In Lithuania, the project is implemented by the Association Rural Internet Access Points together with the public libraries and retirement houses.

"In our country, we have a lack of programmes in national language for development of ICT competences. This particular project will equip workers with the set of digital competences to support older people in their use of tablet and the Internet”, says Laura Grineviciute, project manager In Lithuania.

On 4th of January the first meeting with the multipliers took place in Telsiai public library, attended by librarians from Silute, Radviliskis, Siauliai, Plunge, Skuodas public libraries and representatives from two retirement houses in Skuodas and Plunge.